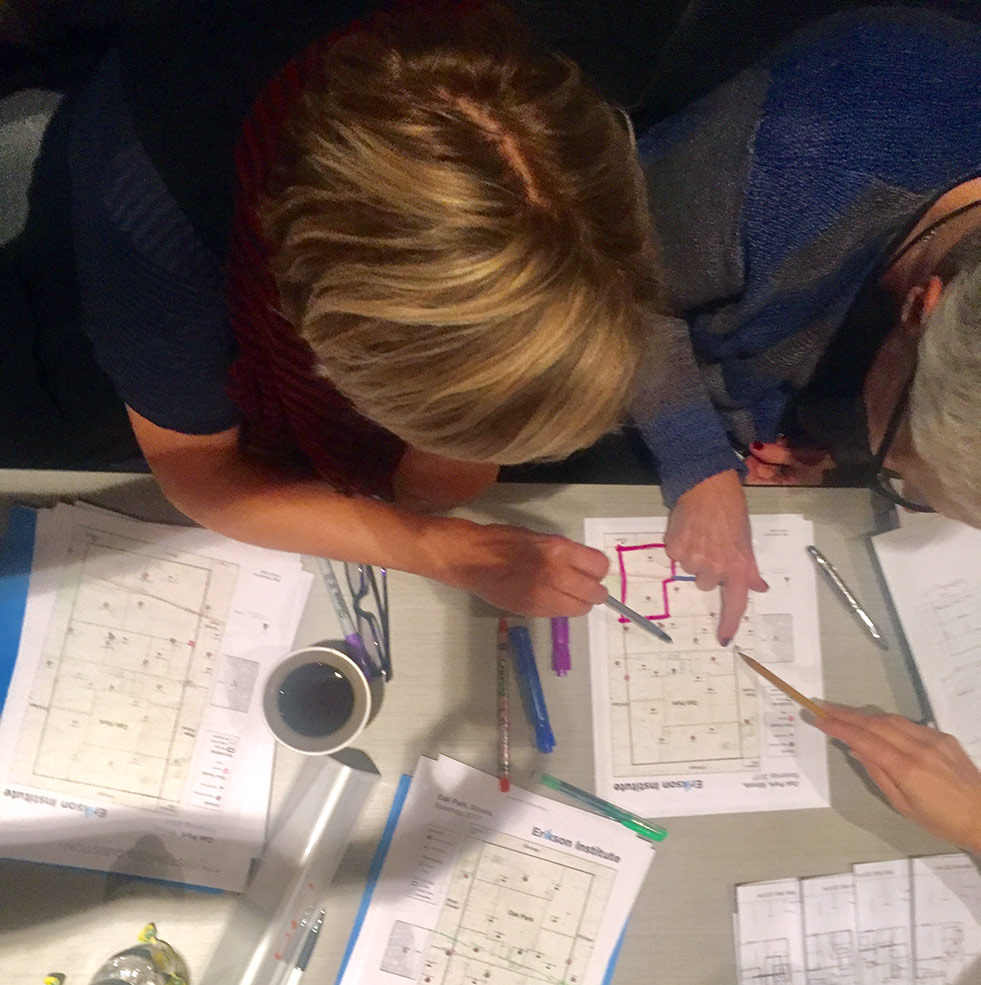 Village of Oak Park community members participate in the neighborhood mapping process to determine boundaries and the naming of pocket areas.

Ways to Use EDI Data »

Community Examples of EDI Data Use »

Community resources are on map pages. Also, each community has “Read more about” with link to local organization.

The Early Development Instrument (EDI) Project has partnered with five communities throughout Illinois in their movement to support children and families centered around EDI data. See how communities have sparked change below.

Kankakee County awarded six-year grant of $2.1 million for Children’s Mental Health Initiative 2.0. The grant, awarded in December 2019, enables mental and physical health providers, schools, parents, youth and other community organizations to develop a coordinated system of care for children and families. EDI data showing high rates of vulnerability for children’s social-emotional development was included in the grant proposal and strengthened the case that environmental trauma and stress, anxiety, or depression can affect a child’s ability to meet their full potential.

Oak Park Public Library supports families with social-emotional initiatives. In the spring of 2019, the Oak Park Public Library announced the continuation of its Social-Emotional Learning Series in addition to launching a Community Empathy series aimed at focusing on community care alongside self and family care. Library officials cited the EDI data collected during the 2017-2018 school year, which showed kindergarteners in the area had challenges in social emotional development, as one of the reasons to include this learning in their programs.

Dedicating staff to ensure short and long-term outcomes are derived from EDI data. The Ready to Learn initiative — a joint effort of Rockford Public Schools, Alignment Rockford and Transform Rockford — used EDI data in a grant proposal to the Community Foundation of Northern Illinois. In January 2020, the initiative announced it will receive $210,000 over the next three years to hire a project director. The project director will focus on turning the EDI data into actionable items that result in short-term and generational improvements for children in education readiness, quality of life, and prosperity.